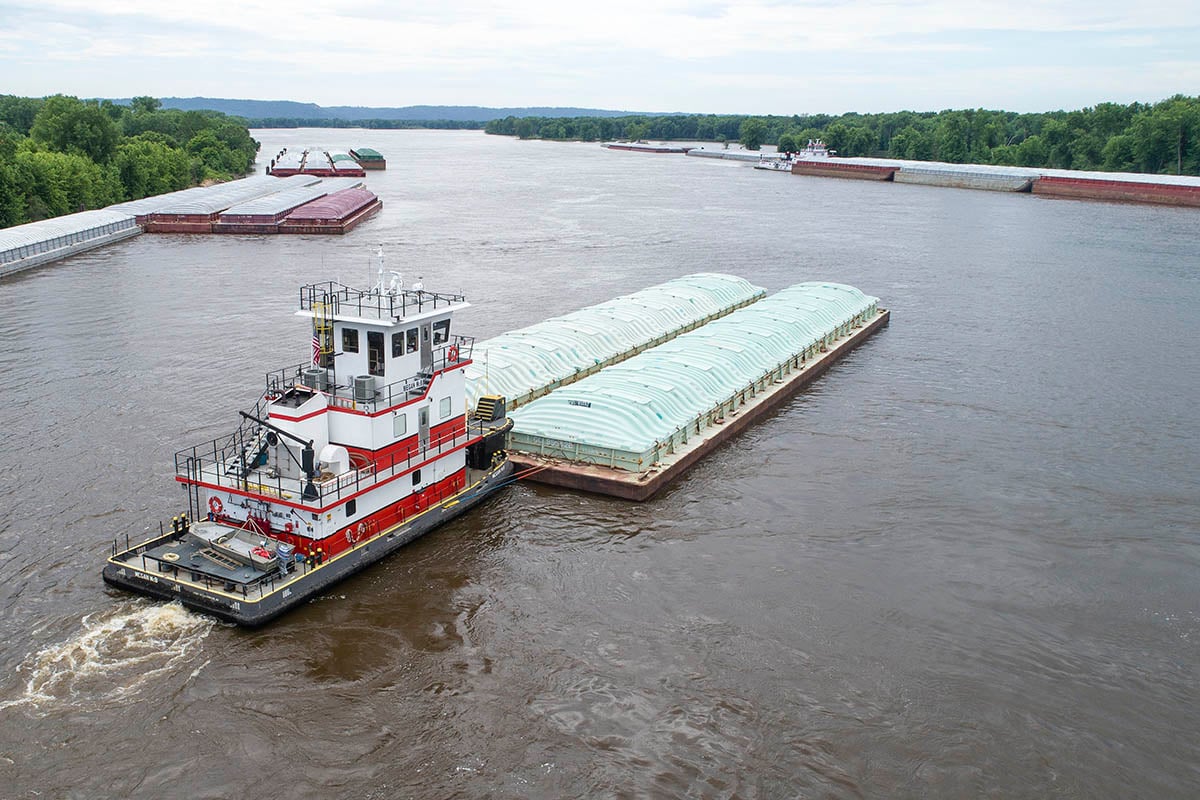 Waterway Infrastructure from the Eyes of Those Who Build It

There is a lot of buzz around the president’s infrastructure plan lately. It is clear that everyone wants better infrastructure, regardless to which party an individual may belong. The biggest challenge to getting what everyone wants is funding, and making matters more difficult, the allocation of this funding is another source of disagreement. As a contractor that provides construction services to owners of infrastructure, it is clear that the waterways are suffering the most from lack of investment.

Brennan is a company that works across three areas of infrastructure, waterways, railways, and roadways. We have firsthand knowledge of the condition, cost, and importance of good infrastructure. The majority of our river work takes place along the Upper Mississippi River, the Illinois River, and tributaries of the Great Lakes. Over the past sixty years, we have worked on every lock and dam from St. Louis to Minneapolis, and several more hydroelectric dams located upriver from there. We work on barge terminals, marinas, fleeting structures, bridge crossings, and just about anything else that can be built along the waterways. Dredging, construction, and barge transportation are our specialties. We have seen just about everything along the river, the good, the bad and the ugly.

Along the inland waterways of the United States infrastructure and ecological restorations are federally funded (with help from a maritime industry-specific fuel tax) and typically managed by the U.S. Army Corps of Engineers (USACE). We use rivers for commercial transportation, recreation, and conservation, and there are many differing opinions on how we should manage them. The reality is that it is important to meet the needs of everyone and everything, however, underfunding the system isn't helping anyone.

Along the Upper Mississippi River, the two areas of spending that cause the most impact to commercial shippers are locks and dams and channel maintenance. There have been several studies that highlight the economic benefit of lock and dams (visit www.waterwayscouncil.org for more information). If just one of these structures becomes inoperable, the economic impact on the midwest would be tremendous. As most of these structures are decades beyond their design lifespan, the likelihood of operational failure is imminent. (Note: Operational failure should not be confused with structural failure. As we have worked on all the Lock and Dams on the Upper Mississippi River, we have never seen any evidence of imminent structural failure. Despite the lack of funding, the USACE does an excellent job in management of dam safety and structural integrity.)

But when considering the locks, one should also take into account the fact that they are technically 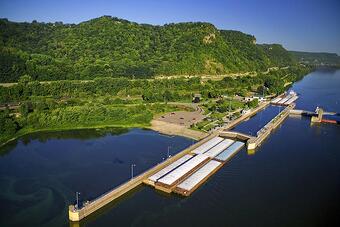 obsolete. They were designed in the 1930s, and few can argue that our needs in 2018 are the same as they were in the 1930s. The Upper Mississippi River is a  one lane road with narrow bridges. Only one tow can pass through most of the locks at one time, and in many cases, they have to be broken in half to lock through. Lock extensions could cut lock times down by over 60%, great for the shippers, and great for those of us that sit on our pontoon boats waiting for our turn! Neglecting the modernization of our infrastructure will drive our grain, energy, and raw material prices up. This has a direct impact on our country’s competitiveness on a global scale, and it will also have a trickle-down effect on the products we buy and the energy we use.

Image: An example of a tow being broken down to lock through in two sections. Source: Robert J. Hurt Landscape Photography

Preservation is a Big Part of the Picture

One of the biggest arguments against investing in the river system is because of its role as one of the most important ecosystems on the planet. The fact that our rivers are critical to a vast population of plants and animals is indisputable. We also know that the river is not the same today as it was 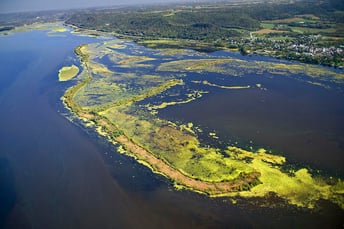 before the locks and dams were put in, nor will it ever be again. This doesn’t mean that industry has turned a blind eye to the health of the river system. In fact, the maritime industry has recognized how important it is to maintain a symbiotic relationship with the river. Many of us that work on the Upper Mississippi River also enjoy boating, fishing, and camping with our children. We support programs like the USACE Environmental Management Program, the largest environmental restoration ever carried out on the planet. We support organizations like Living Lands and Waters, as well as local river cleanup events. In many ways, the maritime industry is one of the largest financial supporters of riverine sustainability programs.

Image: Man-made island habitat located in Pool 8 on the Upper Mississippi River. The islands were built by Brennan in the 1990s as part of the USACE EMP Program.  Source: Robert J. Hurt Landscape Photography

So as you follow the debate on infrastructure and appropriations, understand that it isn’t just about roads and walls. It includes critical funding that will allow farmers, cement producers, energy companies, the mining industry, and more to remain competitive in a global economy. This, in turn, creates jobs and preserves communities that would all but disappear if waterway commerce shut down.

For more information on how waterway transportation affects you and what you can do to support it, please visit these sites: