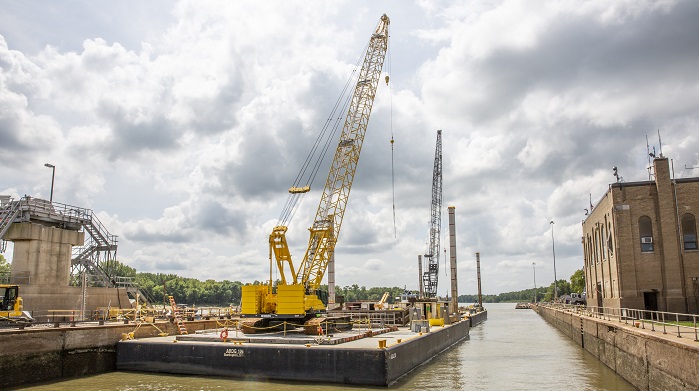 J.F. Brennan Company, Inc. (Brennan) recently won a contract with AECOM Energy and Construction (AECOM) for remediation work on LaGrange Lock and Dam on the Illinois River. The contract required us to partake in major gate and concrete rehab while supplying wireless internet access not only to our own Brennan office trailers, but also to prime contractor AECOM and the United States Army Corps of Engineers (USACE) for the duration of the multi-year project.

Lack of Wireless Infrastructure at Dams

From experience, Brennan knew there were no high-speed wireless internet options in the area.  With the major rehab project coming up, we needed to find a solution so our crew could easily connect. We investigated cell towers, providers, and satellite internet solutions, too; all available options were unmanageably slow. So, being Brennan, we started thinking outside the box.

Brennan IT worked with the site’s survey crew to test the signal strength of Verizon®, US Cellular®, and AT&T® around the LaGrange project site. Tests confirmed very little cellular signal strength at LaGrange, with the best signal allowing downloads of approximately 5 megabytes per second (Mbps) and uploads of 1 Mbps. For reference, Brennan’s La Crosse office currently operates at speeds of 200 Mbps—5 Mbps wasn’t going to cut it.

Every person and company we talked to about providing high-speed internet to the LaGrange Lock and Dam site arrived at the same conclusion: nothing is available. Even the lockmaster was resigned that the best possible internet speed at LaGrange was only 1.54 Mbps (again, our offices run at 200 Mbps).

Going back to the drawing board, we realized that the remaining high-speed solution might be to find a “fixed wireless” provider. Simply put, fixed wireless provides broadband internet access to a single location through radio waves, eliminating the need for phone, cable, or fiber optic lines. CASSCOMM, the closest high-speed internet service provider (ISP), told us that they did not have equipment in place to provide a wireless connection over the 8.4 MI from Beardstown to LaGrange. 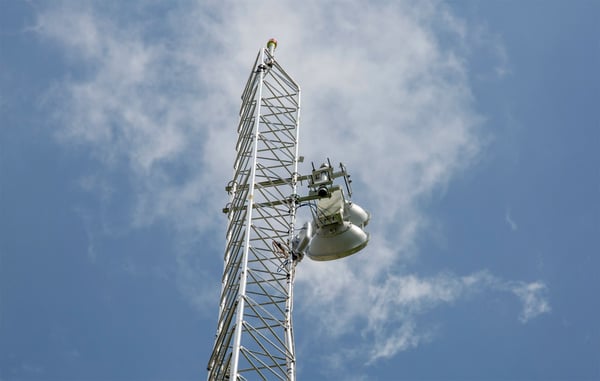 That’s when things got interesting! Brennan IT dug deep and recalled a contact we’d been preserving for a situation exactly like this. We reached out to TELECO, a company which provides radio frequency engineering, products, and solutions. After several meetings with Brennan, AECOM, USACE, and CASSCOMM, we decided that Brennan would engineer and build our own fixed wireless solution. 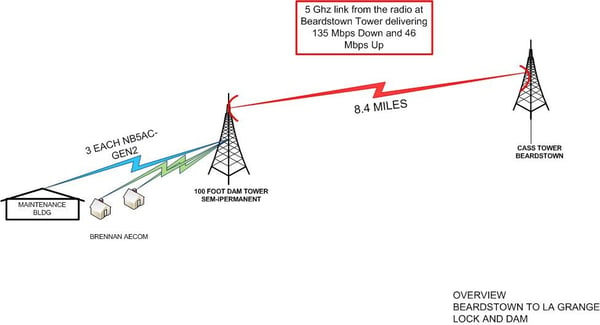 Erect a 100‑FT tower at the LaGrange Lock and Dam to connect to CASSCOMM’s tower, 8.4 MI to the north

With current speeds of 135 Mbps, internet performance at LaGrange is above everyone’s requirements and expectations —drastically surpassing previous speeds of 1.54 Mbps.

With wireless internet speeds rivaling that of some of our stationary offices, Brennan’s LaGrange IT and project management team achieved something that seemed impossible only months ago. In fact, the USACE already reached out for information on additional internet support on other Lock and Dam sites.

Read more on Brennan's dam construction operations here. You might also enjoy seeing our experience when it comes to concrete placement.

Contact our team directly below, or request more information: