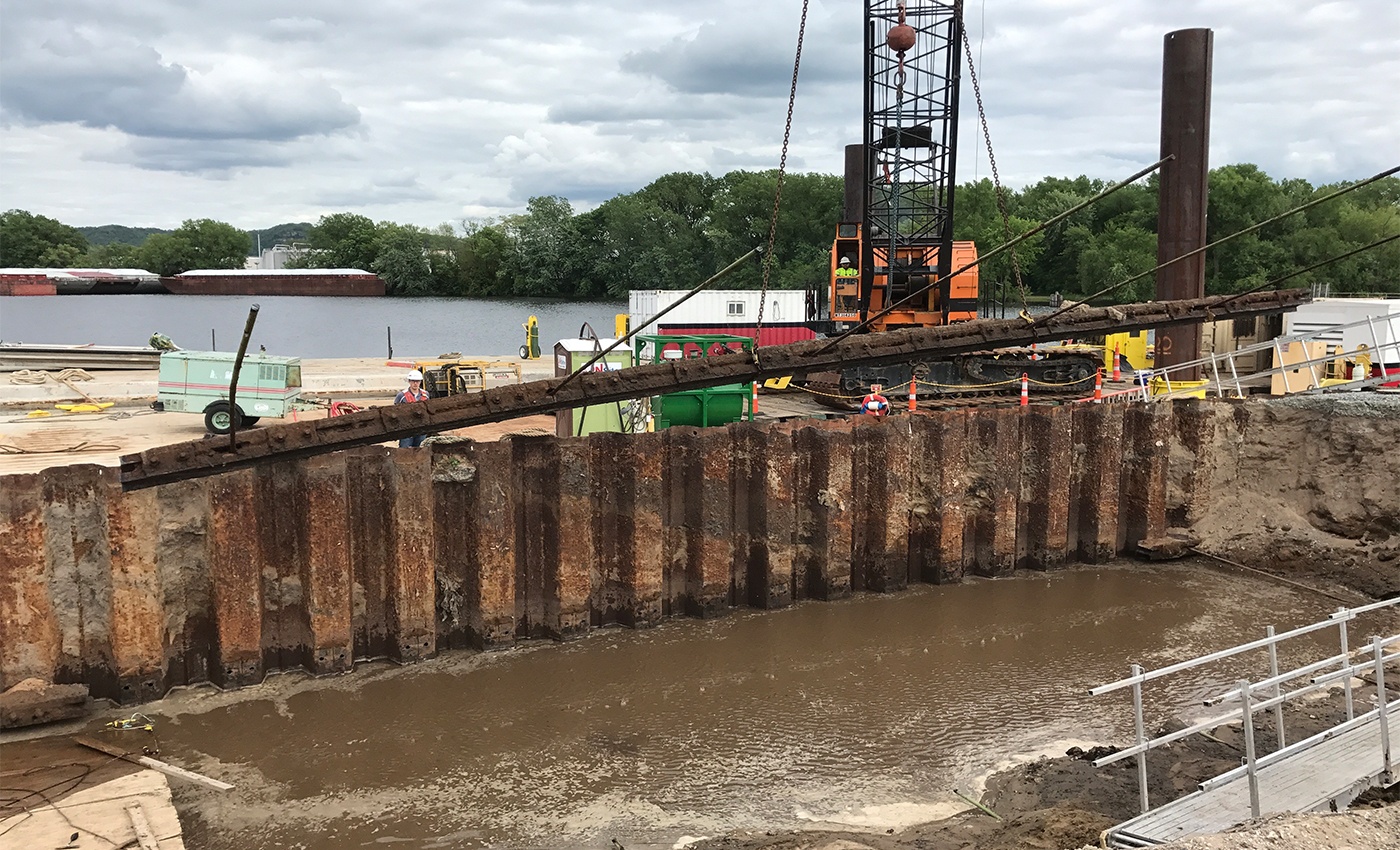 Stray current corrosion is a common threat to water-based steel structures such as barge terminals. Though hard to identify the source, damage from stray current can be prevented by following 3 simple steps.

What is Stray Current Corrosion? 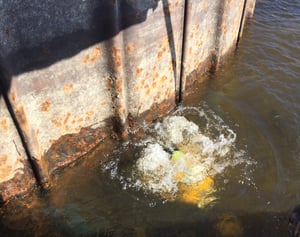 Stray current is electricity from an outside source that flows through steel components and into the water for a ground. On a dock structure, this point of transfer happens below the waterline and is subject to aggressive corrosion. This usually manifests at one, or multiple locations across the structure leading to very costly repairs.

A stray current refers to the existence of electrical potential between two objects that should not be subjected to an electric current, in this case, the steel structure and the water. This situation can arise from wiring flaws, an imbalanced electrical system, electrified railways, and grounded direct current sources. It is not always easy to find the source of stray electrical currents.

The corroding process is known as electrolysis. Both cathodic, negative in this instance, and anodic, positive, currents work through the structure. However, the exit point where anodic currents transfer to the water are the areas on the structure that exhibit the most damage.

The Most Common Symptom 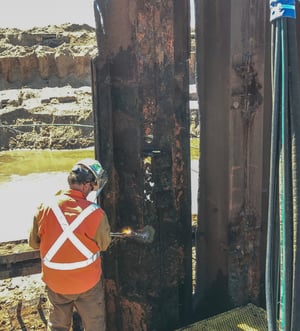 A structure that has been subjected to stray electrical current will exhibit pitting on the surface of the steel in an underwater location. Pitting is the byproduct of galvanic corrosion, when one area of the structure becomes anodic, while a larger area remains cathodic. The anodic area gives up electrons to the cathodic area, and subsequently, small holes begin to appear in the steel structure. The size and severity of pitting depend on the strength of the electrical current and time. In some cases, we have seen pitting holes large enough for mussels to fit in comfortably!

The rate at which a structure corrodes depends on its size, its conductivity, and the strength of the stray electrical current. A small structure that is subjected to a strong current is going to be more susceptible to damage than a larger structure subjected to a weak current. The time-frame in which evidence of damage appear could range from several years to as little as a few weeks.

All is not lost! 3 Steps to Prevent Stray Current Damage

The first step should be to try and identify the source of any stray current. Identifying the source of an electrical current is a difficult process, and we recommend hiring an experienced electrical contractor to check the condition of all wiring located on and near the water-based structures. This is as simple as inspecting wiring insulation, shore power connections, and proper grounding.

Since it is not always possible to find the source, the next solution is to redirect the current so that it no longer makes it to your dock structure. Redirecting the current may be as simple as installing a new grounding point located further away from the water. You may even consider using a metal that has better conductivity than iron-based steel, such as copper. We have used steel sheet pile wrapped in copper wire as a grounding point. Remember that electricity will always take the path of least resistance!

3.     Use of Sacrificial Anodes (Cathodic Protection) 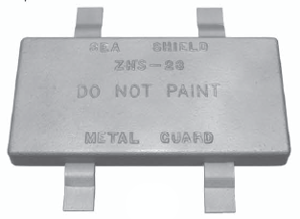 As stray current can be nearly impossible to prevent, there is one low-cost prevention method that we would highly recommend. Using sacrificial anodes are a great way to prevent stray current corrosion to steel structures. These anodes are typically made of zinc, a good conductor, which becomes the new path of least resistance when attached to the water-based steel structure. These zinc anodes will become the new point in which stray current grounds to the water, and will degrade from the electrolysis process much faster than steel (This is also referred to as cathodic protection). Now, instead of having to repair major damage on your structure, you only have to periodically replace the zinc anodes. As these are located underwater, replacement usually requires divers.

Stray current at barge terminals is common and very hard to identify until you observe pitting on the underwater portions of water-based steel structures. However, by taking three simple steps, you can prevent much of the damage that stray current creates. This will protect your investment, save you money, and ensure your structure will last for many years.